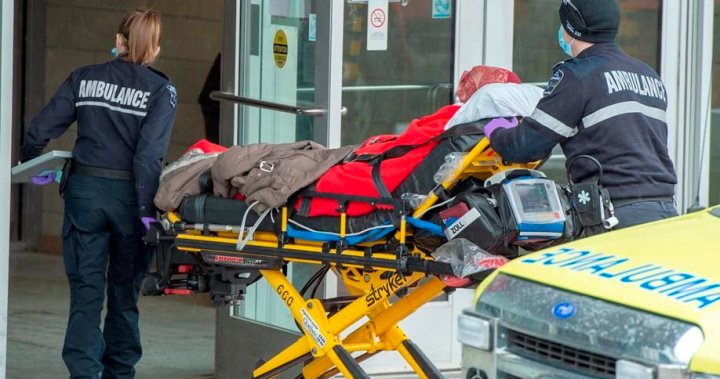 When Quebec presented its budget earlier this week, there were few details about how the $8.9 billion dollars set aside for health care would be spent.

But now, there is a potential peek.

Radio-Canada says they obtained a copy of the health ministry’s upcoming reform plan.

According to the media outlet, the plan contains 50 measures which include:

“The goal is to get the care to patients as soon as possible,” said Bertrand Bolduc, the president of Quebec’s Order of Pharmacists.

1,400 patients died in Quebec ERs waiting for rooms in other wards

Bolduc says that in the past few months, pharmacists have already given more than 3 million doses of flu and COVID-19 vaccines and that pharmacists can do more.

“We have been doing more for quite a while and if we’re asked to, we’ll do even more.”

Other measures would include:

“Old solutions like private … health care are not going to give us new remedies and new solutions,” said Quebec Solidaire MNA Vincent Marissal, who accused the CAQ of “copy-pasting what has been done so far.”

“If we realize we needed to implement some changes 20 years ago, and we haven’t done them yet and they are still relevant today, then we should go ahead and implement those changes,” said Laberge.

But Laberge says there is something missing in the leaked version of the plan.

“It’s how are we going to do it that is missing,” the professor said.

Meanwhile, Quebec Health Minister Christian Dubé rushed by reporters at the National Assembly on Thursday, only saying, “read my tweet from this morning, everything is well.”

In his tweet, Dubé referred to the the leaked document using a sugary analogy.

“In the spring, it’s not only maple trees that leak … but good producers know very well that we don’t bottle the first run. We are reserving the good syrup for Tuesday,” Dubé wrote.

Tuesday is when he is expected to officially present his health plan to the National Assembly.

1:34
Quebecers dying on stretchers due to bed shortage