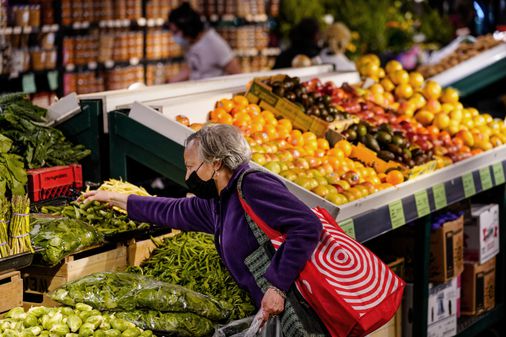 “It looks like what happened was that announcement itself was enough to head off that wave,” she said in a news conference, arguing that Philadelphians had immediately increased their vigilance in response to the announcement. “We consistently want to be the least restrictive necessary. And if that level of warning is enough to head off a wave, then we don’t need a mandate.”

Bettigole said on Friday that city officials had not made the decision in response to public pressure or to a judge’s decision earlier this week throwing out a federal mask mandate on public transportation, but that they had simply been following the data all along.

The resumption of the mandate had been automatically triggered when case numbers reached certain metrics detailed in the city’s COVID-19 response system, which was put in place in February to ensure data transparency behind the city’s policy decisions. However, in Friday’s news conference, Bettigole said that system was being scrapped, and that warnings of risk seemed to be as effective as mandates.

Pre-entry tests will still be needed for partially vaccinated or unvaccinated travelers over the age of 12 who are eligible to travel to Canada.

Fully vaccinated travelers, and children under 12 accompanying them, will no longer need to provide their quarantine plans when they enter the country.

Vaccinated people arriving in Canada won’t need to wear a mask for 14 days, keep a list of contacts, or report COVID-19 symptoms.

Travelers will also no longer need to quarantine if someone in their group develops COVID-19 symptoms or tests positive.

All travelers are still required to use the ArriveCAN app to upload travel and vaccination information within 72 hours of their arrival to Canada and/or before boarding a plane or cruise ship destined for Canada.

“All travelers, regardless of vaccination status, must also continue to wear a mask throughout their entire travel journey,” the government said in a news release.

BANGKOK — Visitors to Thailand who are fully vaccinated against the coronavirus will no longer need to undergo any test or quarantine on arrival starting May 1, a measure the authorities hope will help rejuvenate the country’s lucrative tourism industry.

“Many countries have already eased their restrictions,” Thai Prime Minister Prayuth Chan-ocha said. “We are a country that relies on the tourism industry, especially during these times. This will help move the economy forward.”

Under the new rules announced by the Center for COVID-19 Situation Administration, unvaccinated travelers will still have to provide proof of negative results from a RT-PCR test taken no more than 72 hours before arrival.

All visitors still must register with an online “Thailand Pass” system and provide proof of health insurance with coverage of at least $10,000 for COVID-19 treatment.

Under the current arrival scheme known as “Test and Go,” even fully vaccinated travelers have been required to take RT-PCR tests upon arrival and then stay in a government-approved hotel for one night until the results are known. On the fifth day of their stay, a self-administered rapid antigen test has been required.

The Public Health Ministry on Friday announced 21,808 new confirmed coronavirus cases and 128 related fatalities, bringing the totals since the pandemic began in 2020 to 4,128,038 cases and 27,520 deaths.

In Los Angeles, masks still the rule on public transport

Los Angeles County announced on Thursday that it would continue requiring people to wear masks on all public transit and in airports, railway stations, and other transportation hubs, embracing guidance from federal health authorities that has been stymied by a legal battle.

The move is a departure from California’s rules, which strongly recommend mask-wearing on public transit but do not mandate it. The state relaxed its rules this week after a federal judge in Florida struck down a nationwide mask mandate on public transportation.

The order in Los Angeles County, where one in four Californians lives, applies to everyone 2 and older and requires masks on all trains and buses, as well as in taxis, ride shares, airports, subway stations, and ferry terminals.

Dr. Barbara Ferrer, the Los Angeles County health director, said the county was extending the mask requirement because the Centers for Disease Control and Prevention had determined that face coverings were still necessary on public transit.

“We obviously have a very dangerous virus that is still in circulation that can really wreak havoc,” Ferrer said in a news briefing. She added, “I think we have carved a very sensible path for the county right now, which is that we have denoted some settings where there is much higher risk, and are layering in more protections in those settings.”

The New York City Department of Education this week notified dozens of school employees that they would be placed on unpaid leave effective Monday, after it said an internal investigation revealed they had provided false proof of coronavirus vaccination.

Law enforcement and the Special Commissioner of Investigation for the New York City School District are investigating the matter.

“Fraudulent vaccination cards are not only illegal, they also undermine the best line of protection our schools have against COVID-19: universal adult vaccination,” said Nathaniel Styer, a spokesman for the Education Department. “We immediately moved to put those employees — fewer than 100 — on leave without pay.”

The department would not reveal what evidence it had relied on to determine that the cards were fake. “If they have proof that they are vaccinated, they can show it,” Styer said.

Several of the employees told the city that they had followed the correct procedures and had received the notices in error, but they have yet to receive a response, according to the United Federation of Teachers, the teachers union.