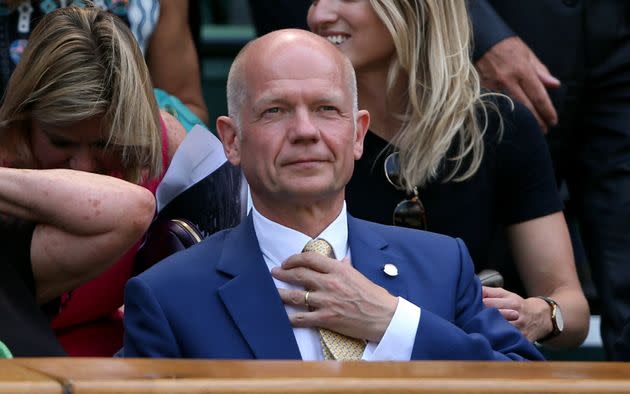 Boris Johnson’s decision to delay a ban on buy-one-get-one-free deals for unhealthy food products has been blasted as “shallow, politically weak and morally reprehensible” by former Tory leader William Hague.

The government had planned to block multi-buy promotions on foods and drinks high in fat, salt, or sugar, but this has been put back to October 2023.

A ban on TV adverts for HFSS products before a 9pm watershed and on paid-for adverts online is also being delayed by 12 months and will now come into effect in January 2024.

Ministers said the government did not want to ban cheap food at a time of an “unprecedented” squeeze on living standards.

But writing in The Times on Tuesday, Hague said the cost of living argument was “baseless” as research showed buy-one-get-one-free deals actually encourage people to spend more.

“Conservatives support freedom of choice but have always seen that it is sometimes necessary to prevent consumers being abused or misled,” the former party leader said.

“That is why we have laws on labelling, standards and monopolies. People have not made a voluntary choice to become obese.”

Hague, who also served as foreign secretary under David Cameron and now sits in the Lords, added: “MPs who have pressed, seemingly successfully, for the dilution of the obesity strategy are profoundly mistaken.

“They are acquiescing in a future of higher dependence, greater costs, reduced lifestyle choice and endless pain.

“For the government to give in to them is intellectually shallow, politically weak and morally reprehensible.”

Health campaigners reacted with dismay at the decision to delay the ban.

Graham MacGregor, professor of cardiovascular medicine at Queen Mary University of London and chairman of Action on Sugar and Action on Salt, said the delays completely contradicted the Johnson’s “levelling up” agenda.

“He has given in to his own MPs, and an aggressive food industry, who, ironically, were starting to comply with these new policies,” he said.

Barbara Crowther, of the Children’s Food Campaign, added: “Obesity is spiking and millions of families can’t afford to put proper food on the table. Multi-buy offers make people spend more on junk, and less on healthy food,” she said.

“This delay threatens the UK target to halve childhood obesity by 2030. Boris is playing politics with our children’s health.”

This article originally appeared on HuffPost UK and has been updated.

The London Dentist For Cosmetic Dentistry